Are you looking for a Luxury Residence in a “Private Gated Community”, “Lake access in the Lake Nona Area Lakes?” Then Welcome Home to this Beautiful and private two-stor...

One or more photo(s) has been virtually staged. Beautiful, meticulously maintained home offered in Moss Park Reserve, a gated community of estate and custom homes on pris...

Motivated Seller * Only lot currently available for sale on the lake in Moss Park Reserve. Now is the time to take advantage of this incredible opportunity in one of Amer...

Expect to be impressed with this beautiful 5BR home in the desirable Enclave at Moss Park! Nearly $20K in updates, and room for everyone and everything! Step inside to a ...

Welcome, Home! Located in the desirable community of Enclave at Moss Park, come view this beautiful 5 bedroom home in an A-rated school district and only minutes to Lake ...

BACK ON THE MARKET!!! Beautiful well maintained, impressive 3 bedroom, 2 bathroom home, featuring a perfect manicured lawn welcoming you to the front porch. As you enter...

Welcome home to one of the newest homes in the Enclave at Moss Park. Prepare to fall in love with this well maintained, spacious sanctuary with so much natural light, an...

Luxury Townhouse in the Heart of Lake Nona/Moss Park. Stunning Renovation Completed in 2020 with more than 100k in upgrades that you must see to believe. Exotic Granite C...

Welcome home to this spacious 4 bedroom, 2.5 bath townhouse with possible first AND second floor master bedrooms, in a great community, with an attached 1 car garage! Thi...

Welcome, Home! Located in the desirable community of Enclave at Moss Park, come in an A-rated school district and only minutes to Lake Nona Town Center/Medical City.Townh...

This 3/2.5/2 townhouse overlooks the community park, pool and playground. The unit is still owned by the original purchaser and has been well maintained. The unit has a... 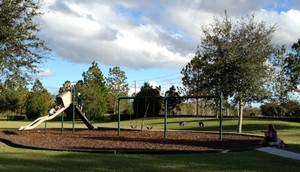 Where is Moss Park in Lake Nona?

of the 417 Greenway in Lake Nona.  The Enclave at Moss Park and Moss Park Ridge are located off of John Wycliffe Blvd.  The greenway will take you to all points in Orlando and the neighborhoods are convenient to Orlando International Airport, as well as the beaches and attractions of Central Florida.  View a Google Map of Moss Park Neighborhoods in Lake Nona. 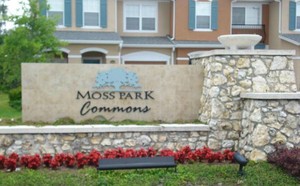 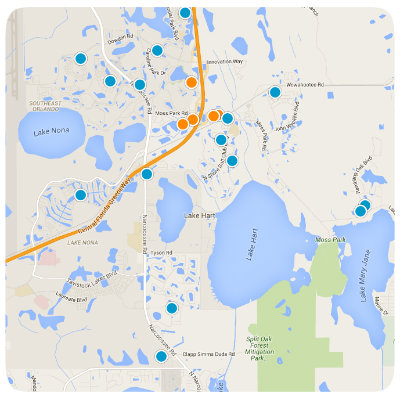 ALL about Lake Nona!