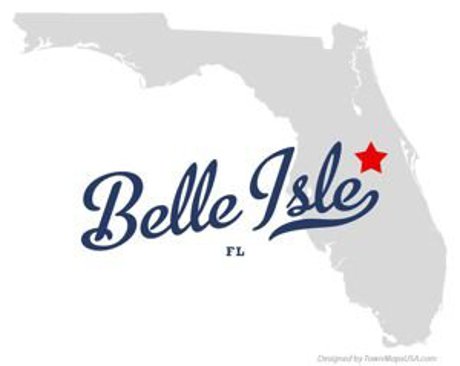 Belle Isle is a city within the Metropolitan area of Orlando Florida. The city is approx 5.1 square miles of which over half of that is water from the Conway Chain of Lakes. The majority of the homes in Belle Isle enjoy sitting upon the shores of the Conway Chain.

So whether you enjoy spending your time on the water skiing, sunning or just reading a good book, Belle Isle is a wonderful community to live in. Belle Isle was originally established back in 1924 and is just 5 miles south of Downtown Orlando and 3 miles northwest of Orlando International Airport.

You can’t beat the beautiful weather here with the highs in the 90’s during July and only the late 40’s in the winter season and since the area is so family-centric, it makes it a wonderful place to spend quality time with one another. Take a closer look at the neighborhood’s rich history, location, its demographics, and what life is like in Belle Isle. 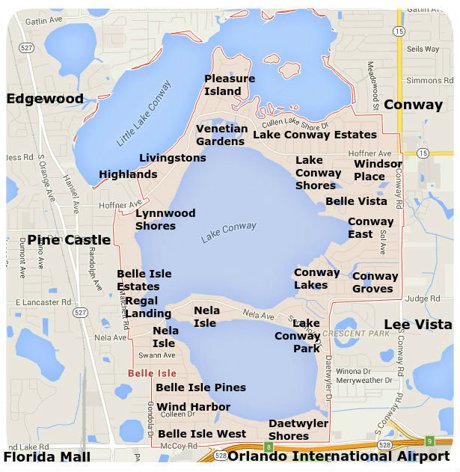 Where Belle Isle got its start

Belle Isle neighborhood is located in Belle Isle, Florida of Orange County. It was first noted for being inhabited by the Timucuan people in the 9th century but didn’t have an established government until 1924 when the first mayor was chosen, by the name of C.H. Hoffner. Unfortunately, the government was deactivated in 1938 making it a short run for Hoffner, but it was re-established in 1954 and hasn’t discontinued since.

Belle Isle has been running under the authority of a council-manager government and the mayoral position is only ceremonial now. In addition, seven commissioners are in place to be a representative of their district on the city council. These officials serve for three year terms and are not compensated. The area has also improved since 2003 by adding a police department in 2009 that would reign over the Orange County Sheriff. This addition has provided double the jobs for city employees making it a great contribution.

Where is Belle Isle Florida?

The neighborhood can be found near the Orlando International Airport, making it perfect for the business traveler or vacationer. It’s just three miles northwest of the airport and five miles north of Orlando. You’ll also find Lake Conway here, one of the largest lakes in Greater Orlando, and the city itself is about 5.1 square miles in size. 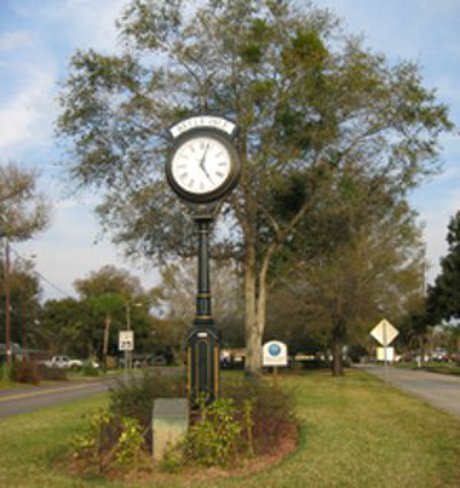 Belle Isle is a friendly place to live in Central Florida where life is all about relaxation and peaceful living being lakefront to Lake Conway. The local government works hard to preserve the environment for residents ever since 1924 when it was a Native American oasis. Belle Isle was named during Mayor Hoffner’s run in which the phrase was to resemble the French phrase for “beautiful island,” and that’s exactly what it is.

When you live in Belle Isle, you’ll spend your weeks having an easy commute to work due to the great location in Central Florida and near the airport. The kids will be able to attend the Cornerstone Charter Academy, a SACS Accredited and “A” rated school that offers K-12 public school for free tuition.

Your kids will get the chance to take part in Project Lead the Way life sciences and biotechnology curriculum in middle and high school. You’ll also be located near schools such as Lancaster Elementary, Walker Middle School, Oak Ridge High School, the South Orlando Christian Academy, and DeVry University-Florida.

Spend your free time enjoying the great outdoors where you’ll be within distance to ten great parks such as Regal (Montmart) Park, Venetian Park and Boat Ramp, and Swann Beach. There are tons of recreational opportunities such as exercising in the park, walking the dog, packing a picnic, and heading over to Lake Conway and the chain of lakes.

There are 4 and 7-mile fitness trails available and boat ramps to the lake found at Randolph Avenue and Hoffner Avenue, Perkins Road and Hoffner Ave, Parkway Drive and Pasadena Drive, or S. Ferncreek Avenue and Waterwitch Drive. Catch the SunRail at Sand Lake Road for easy access to the Florida Mall, area attractions, and OIA.

What makes Belle Isle so great for your next home in Central Florida? The lifestyle, the history, and being an overall great place to live makes it great.

Please bring your Buyers to this Gorgeous Custom Built Lakefront Pool Home sitting on a .42 Acre lot! This Spectacular Lakeview 4 Beds/ 4 Baths home is a Must See! What a...

Amazing Lake Conway private retreat with a resort-like back yard overlooking the lake. This Stunning property is situated in front of the Natural Spring of Lake Conway, p...

Welcome home to The Landings at Lake Conway! Take a sunset cruise, enjoy watersports, or catch a view of fireworks in the distance from Orlando’s World-Class theme parks.... 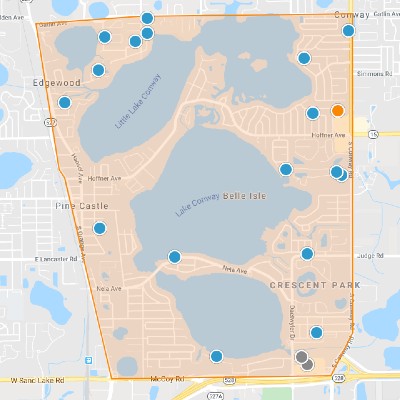 ALL about Belle Isle!